Understanding Annuities: What is an Annuity?

Annuity Objectives
What is an Annuity
How are Annuity Premiums Invested?
A Closer Look at Indexed Annuities


UP NEXT: Why Choose an Indexed Annuity? 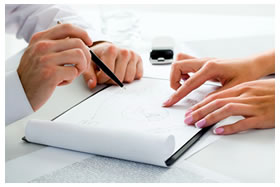 Get Annuity Quotes and Rates

Did you know that an annuity can be used to systematically accumulate money for retirement purposes, as well as to guarantee a retirement income that you cannot outlive?

In planning for financial security in retirement, an annuity can help satisfy two basic objectives:

What is an Annuity? ^Top

An annuity is a long-term savings plan that can be used to accumulate assets on a tax-deferred basis for retirement and/or to convert retirement assets into a stream of income.

While both are insurance contracts, an annuity is the opposite of life insurance: There are two basic types of annuities, depending on whether you need to accumulate assets for retirement or whether you're at or near retirement and interested in creating a lifetime retirement income:

Deferred Annuities
A deferred annuity has two distinct phases: the accumulation phase and the income phase.

Immediate Income Annuities
An immediate income annuity is purchased with a single premium and income payments begin immediately or shortly after the premium is paid.

How are Annuity Premiums Invested? ^Top

Depending on your investment objectives and risk tolerance, there are a variety of ways that you can choose to invest your annuity premiums:

A Closer Look at Equity-Indexed or Indexed Annuities ^Top